It’s Olympics time, which means this will be the last of the Weekly Wrap-up until the NHL comes back. Keep an eye out for anything else we may be posting between now and then, but for the most part, it’s no-sleep-must-watch-Olympics.

Okay, yes, I talk about the Olympics in here.

I should have talked about this last week, but it slipped my mine. I was watching the Super Bowl with probably ten other people and when this commercial came on, at least half of them knew who Jay and Dan are. “They’re hilarious,” was the common consensus, and then there was some discussion about how they’re Canadians who did a lot of hockey and are now in America. My contribution is I’m glad we stole them for our own, and I wish I could watch them. (Also, the end of that commercial reveals how huge the height difference is between those guys and I cracked up.)

9. Marc-Andre Fleury is a Shootout Wizard

This infographic, posted to reddit, is sure to give Hannah the warm fuzzies. It details Marc-Andre Fleury’s success at the shootout, which may be startling to people who are only familiar with his playoff problems. This seems like a good time to post this clip from 24/7 with him chirping the heck out of the Penguins during their shootout drill.

A New York Times article discussed the sudden dominance of Finnish goaltending, which I find particularly poignant today after watching Noora Räty shut down the Canadian women’s offense for much of their game. The “Räty Wall,” as one BBC announcer dubbed her, may have presided over a 0-3 loss, but she still had a .928 SV%. The male team’s goalie core is insane, and that’s without bringing Pekka Rinne. The Finnish goalie program may seem kind of insane — and it is, but it’s hard to deny the results it brings.

…Rask’s emotional side sets him apart from his goaltending countrymen. Lehtonen described Rask as “the wild man.” To understand why, Bruins Coach Claude Julien said with a twinkle in his eye, “Go to YouTube.”

I’m not sure if these are just the athletes center or the housing, but excuse me?? Why is Canada so much bigger than the US? We have more people there than you. Get out of here, Canada, and take your moose with you.

6. Even in Defeat, Women’s Goalies Have Been Great

Sure, Florence Schelling took one hell of a beating today at the hands of the Americans, but for the most part the defeated goalies have not been awful even in games where the rink was pretty tilted. I was most impressed with Nana Fujimoto in the game versus Sweden, which I managed to watch one period of before giving in to the siren call of sleep, mostly because the Japanese team is probably an average of six inches shorter than the Swedish team. The one goal was a powerplay goal and her total save percentage was .956. Not shabby.

Also she has a great mask.

5. Chara is the Most Popular Athlete

Weirdly, it seems like Zdeno Chara is one of the most fascinating athletes at the Olympics. I am a huge fan of Chara generally — it’s hard not to like someone who speaks nine languages, climbs mountains for fun, and basically went “screw you if you think I’m too tall for hockey” and became the tallest person to ever raise the Stanley Cup, probably. 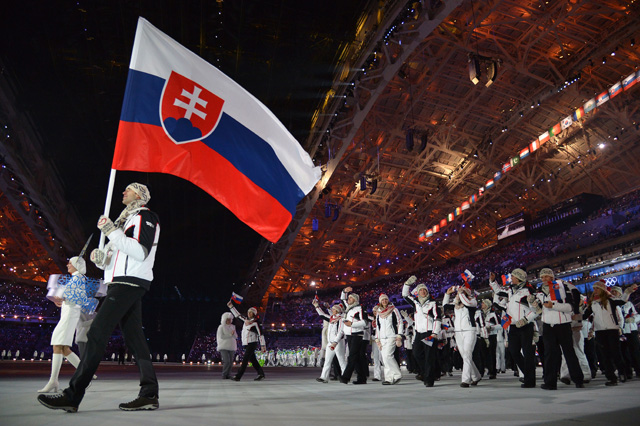 Hilariously, Chara seems to be a constant source of interest, at least until the rest of the NHL-ers arrive. Here we learn how he sleeps on those teeny twin beds:

Thanks to SME`s website (Slovak newspaper) we get to see what Zdeno Chara`s bed in Sochi looks like. #hilariousstuff pic.twitter.com/H2PHAfsDRw

It also seems like all of the Olympians are doing some sort of scavenger hunt where they must take photos with him, because there are a bunch of photos of him making people look tiny. My favorite is Alex Shibutani, American ice dancer, who was born in Boston and is a huge Bruins fan:

Just met Zdeno Chara!!! Got a picture with him and he signed my @NHLBruins Stanley Cup game-used hockey puck! #WOW pic.twitter.com/fzmQ5p1sBw

So what's everyone up to tonight? We're just hangin' out in LA. Without the @LAKings.

@LAKings you were right about the Venice boardwalk.

@LAKings we totally just saw a guy who looked like a statue, but then when we got close he moved… woah.

As a Penguins fan, I had spent most of the last week wondering what was going on with Kris Letang, who had some kind of illness that was not disclosed. On Friday, the club announced that he’d had a stroke.

I was very pleased and gratified to see the outpouring of well-wishes for him in the aftermath of the announcement. Remembering last year, when Sidney Crosby broke his jaw, and the number of crude, insulting, and downright nasty comments I saw in the days following that, I was pleasantly surprised to see people who weren’t fans of Letang still hoping he would be all right. Sports can be a nasty and toxic atmosphere; I’m convinced this is part of the reason women find it a difficult arena to enter. It can be intimidating to enter a world where fans will wish physical harm upon players they dislike.

In any event, we at High Heels & High Sticks wish Letang and his family the very best and hope he does whatever is best for his health.

1. The Olympics Have Begun

The NHL players have arrived in Sochi, bringing with them even more media attention. Some early Sochi moments:

3. In lighter news, Max Pacioretty sat with Jagr on the way over. Grew up a Rangers fan, was starstruck.

Zetterberg given the C for Sweden, Kronwall and Landeskog to assist.

Alex Ovechkin just grabbed Evgeni Malkin by the arm and made him speak to Russian reporters. 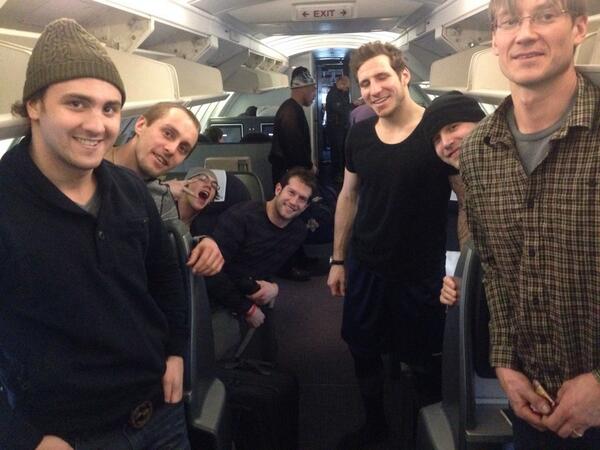 Teemu happens to be eating here at the same time&sent me a note to which I replied.Btw This is getting framed #great8 pic.twitter.com/DVD4YC30Vh

That’s it for now! Enjoy the Olympics, we’ll see you on the flip side.