Like any true child of the early 90s, the Power Rangers were an enormous part of my childhood. So enormous, in fact, that they’ve stuck with me to the present day, and so—we’re casting hockey players as Power Rangers.

Rocky was the prankster Red Ranger with a heart of gold, and the one who should’ve been the leader but got the shaft for someone else. Sound familiar? 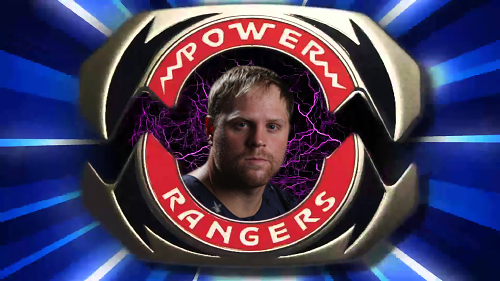 Phil’s metaphorical rebirth in Pittsburgh from a crappy situation in Toronto sounds a lot like Tommy’s return as the White Ranger. Toronto didn’t sap Phil’s hockey powers like Rita Repulsa did Tommy’s Green Ranger powers, but they were sapping his will to live and that’s close enough.

Let’s be real here. The Professor is a total nerd, and I’m sure has to deal with his friends and teammates being neanderthals sometimes. Billy Cranston would totally understand. Actually, Billy probably ended up as a professor somewhere.

Leader with a capital L, Jamie and Jason both have their hearts in the right place. Both are also super loyal to their friends, but sometimes get in their feelings a little too much and don’t necessarily make the smart decision. (Do you want me to pull up your HockeyFights page, Jamie? I’ve got proof.)

Small, agile, strong, funny, cute, will fight you—who am I talking about here, Gallagher or Kim Hart? He’s even followed in her gymnastics footsteps, back handspring-ing right over the Habs versus Bruins narrative to befriend Brad Marchand at the World Championships.