The Ballad of Connor McDavid and Jack Eichel, Part I 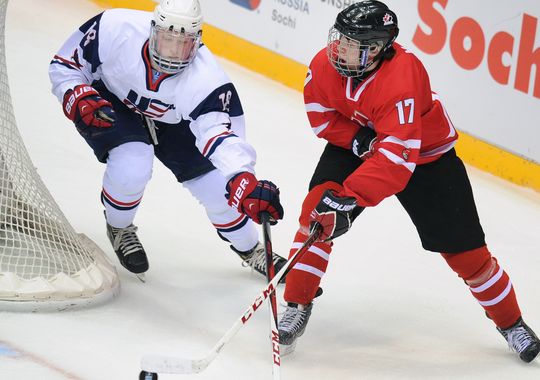 Subtitle: When Narratives Write Themselves.

From Bob McKenzie’s twitter, 3/7/14: “There are whispers elite 2015 prospect Jack Eichel may consider not going to BU if he could play head-to-head in OHL vs. Connor McDavid. But Eichel currently obliged to play in QMJHL if he goes instead of college. Halifax originally owned his rights, now it’s Saint John. Only way to go from Q to O is to be waived by all Q teams. Hard to see it but if CHL really wants a player…Anyway, real story I suppose is, based on whispers out there, young American Eichel may like idea of challenging McDavid head to head.”

I could just leave it there. The story writes itself.

Obviously this isn’t going to happen. The QMJHL would never let Eichel pass through waivers entirely unclaimed; at the very least, the Remparts (still owned by Patrick Roy) would grab him to spite the OHL. But I don’t think that’s the point.

The point is that Eichel wants to.

I’m a sucker for a good narrative, but I particularly love the ones that don’t require much effort from the media – the ones that are driven by the players themselves. When Jack Eichel played against Connor McDavid in Malmo at this year’s World Junior Championships, reporters began salivating over themselves as they discovered that Eichel had grown by so many leaps and bounds that it was highly likely they were looking at the first and second picks overall in the 2015 NHL Entry Draft, and the “rivalry” was born.

And it must’ve infected Eichel if he wants to go to the OHL just to play against MacDavid. It’s totally a normal teenage boy thing to want to play against the guy who’s considered “the best”, especially if you’re the guy people are calling “second best”.

No matter how it started, it started, and people are beginning to pay attention. I’m one of them, and I can promise I’m going to be following this narrative through to it’s inevitable peak in their first head-to-head game in the NHL.

The American vs The Canadian: Round #4156. Are you ready?