I told you it would be back!

Welcome to this week’s Friday Flow, where wonder-rookie Nathan MacKinnon has to share the spotlight because the best female goaltender in North America did a Really Awesome Thing this week. Actually, scratch that – two Really Awesome Things. She practiced with the Edmonton Oilers on Wednesday morning when newly-acquired goalie Viktor Fasth couldn’t make it into town until that afternoon, and last night she announced that she would be joining the Columbus Cottonmouths of the SPHL in Columbus, Georgia.

(Coincidentally, that is close enough to me to drive down, and I’m absolutely trying to work it out. If I do, you’ll get a full report.)

Before I blind you with the amazingness that is Shannon Szabados, however, let’s talk about that kid that broke The Great One’s rookie point streak record. 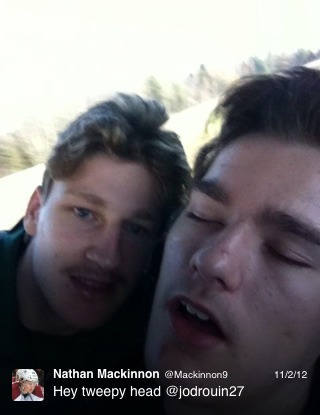 Nathan MacKinnon is a goober. It is important that we remember this. (It is also important that he never grow a mustache again, for the love of GOD.) 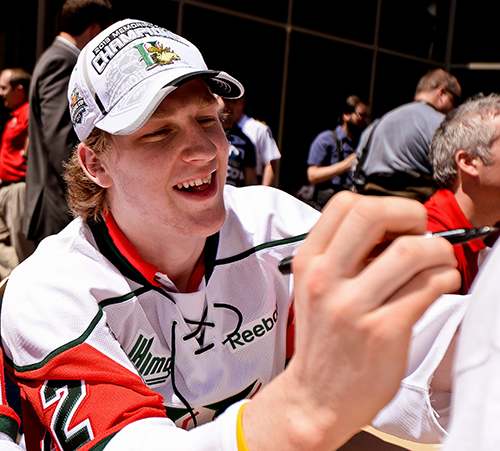 It is important for us to remember this because he is also very, very good. Despite the fact that he is a child (as evidenced above – that’s from after his Memorial Cup win with Halifax of the QMJHL last year).

He broke Gretzky’s rookie point streak record of 12 games, getting his 13th with an assist on an overtime game-winner last night. He’s coming for your record next, Stastny. Just wait. 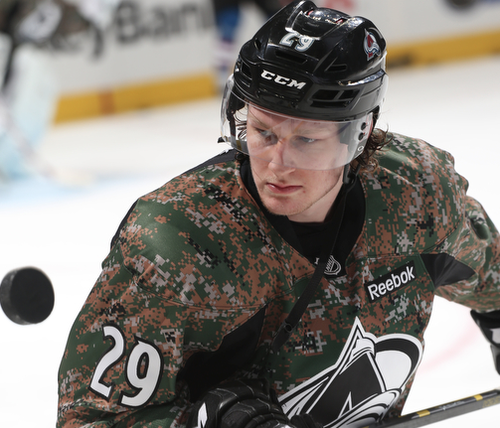 He can also control the puck with his mind*.

*this is not true

I cannot stress enough – he is a child. This is his very first year in the league. He’s going to have many, many more in which to score lots of points, as well as to traumatize us with his terrible, terrible flow (which is fine by me as long as he keeps including Gabriel Landeskog in the pictures too).

Now, on to the mane event. 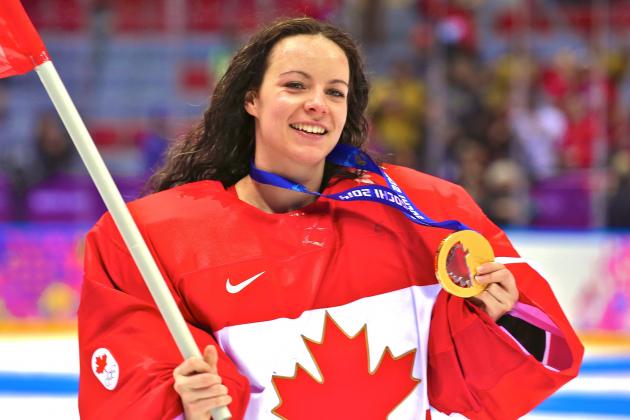 Let’s be super honest – Shannon Szabados might be better than your favorite NHL goalie. It’s super possible. We don’t have comparables (yet), but c’mon. She won a championship on a men’s college team, she’s got two Olympic gold medals…

As an Oilers fan, I can tell you that if this was a real thing I’d be completely happy. Don’t get me wrong – the improvements MacTavish made in goal this week (signing Ben Scrivens to a two-year extension and trading for Viktor Fasth) are greatly appreciated. But I’d have been just as happy if he’d brought in Szabados to back up Scrivens.

(Or, hell, to be the starter. But I’m managing expectations here.)

I apparently saved this image as “suckitOilerboy.png”. I believe that says it all.

And look at that ponytail!

As a fellow curly-haired girl, I greatly appreciate Shannon’s, especially when that ponytail is flying as she’s making saves. As long as those saves aren’t against the US.

While this gif hurts me because she’s cheering about beating the US, it also perfectly represents my excitement about Szabados signing to play in a men’s professional league – and with a team close enough that I can go cheer for her, no less!

So congratulations, Shannon. Kick some SPHL ass – we here at HH&HS are rooting for you every step of the way!