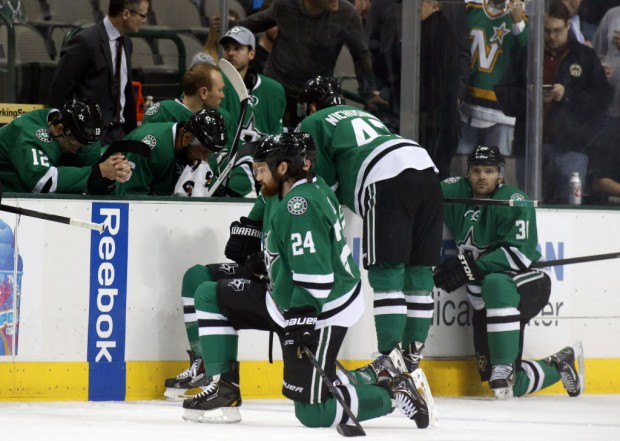 It’s been a bit of a week in hockey, with a lot of emotional ups and downs. This week’s post is going to be a little differently formatted for this reason.

Our hearts go out to the family and friends of Terry Trafford, the OHL player who disappeared in Michigan after being disciplined by his team and was found dead in his car on Tuesday. I don’t have much to say on this — I would never want to turn his passing into any kind of launching point for discussion — other than we were very saddened to hear the news.

Our thoughts are also with Rich Peverley and his family after he suffered a cardiac event on the Dallas bench on Tuesday night. I would like to take a moment to praise the Stars trainers and staff for their quickness and efficiency in this situation and how they handled everything in the aftermath, keeping their clearly shocked players from having to answer to the media. I appreciate, too, that they were respectful of Alex Chiasson’s subsequent anxiety attack. It was a lone bright spot, especially once people began turning Peverley asking to get back into the game as another way to prove how “tough” hockey is. When we have had players die on the bench (Alexei Cherepanov) or nearly die in a situation very similar to Peverley’s (Jiri Fischer), it seems odd if not downright distasteful to me to use those moments to show that hockey players are tougher than, for example, Lebron James. Frankly, I don’t care if they’re tougher than this basketball player or this football player. I want our athletes to be healthy, not tough. But that is a discussion for another time. 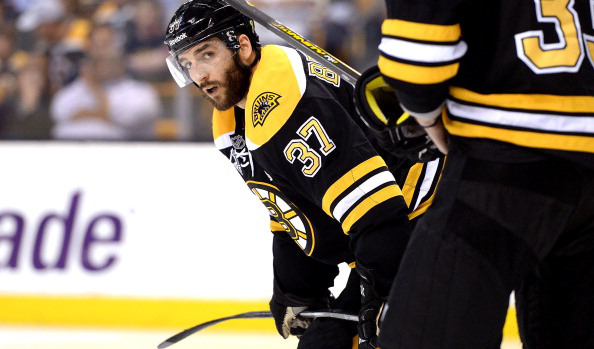 Remember how this idiot played through a broken rib, torn cartilage, a separated shoulder and a punctured lung?

Another frightening incident on Tuesday night was Shea Weber, whose slapshot has been recorded at an insane 106 mph, wired a shot that hit Ottawa Senators call-up Cody Ceci in the head. Luckily Ceci is made of iron or something, because he resumed playing on Saturday. On a side note, maybe we should stop letting Shea Weber take slapshots.

Two-time gold medalist (yes I will mention that every time she comes up even though it hurts me) Shannon Szabados put on the pads for a Columbus Cottonmouths game despite not knowing who the game was against. She posted a lost and didn’t have the hottest save percentage, but she seems to be fitting in just fine.

Congrats to my tendy partner @ShannonSzabados on her #prodebut! #shecanplay #SPHL

I’ve made my case for the California #makeitfour campaign, but sadly Oakland did not seem to be on the list of possible future cities that the NHL included in its recent fan survey. Given the current make-up of the league (14 teams in the Western Conference and 16 in the East), it seems likely that they’d try to fix this imbalance by adding two teams to the west. Seattle has been discussed for ages, and I have to admit I’m curious about the idea of a Las Vegas team (although it also seems risky). I still think a Quebec City team would be great, but after watching this week’s Montreal-Ottawa game (“It was 4-1!” wail Senator fans everywhere) I think there’s a good enough inter-province rivalry there that the “Battle of Ontario” and potential “Battle of Quebec” can rest for a while. 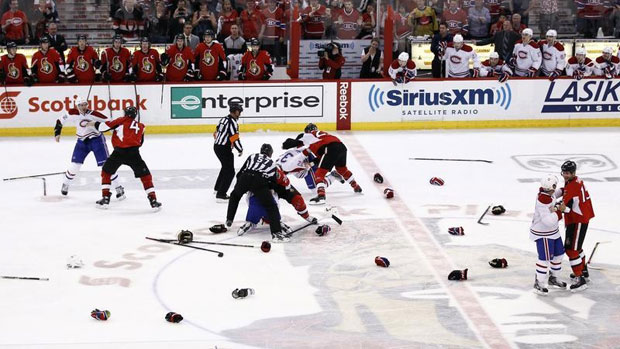 2. The New Hockey Night in Canada Crew is Announced

I can’t really say that I have much investment in the HNIC broadcast — hey, I’m an American with no television, I doubt they care much about me either — but hey, that did get announced this week. There is, of course, criticism, which I think is valid. I’d also like to note that I finally know who George Stromboulopol0s is (although I had to look up his name just now) but I always used to get him confused with George Stephanopoulos (whose name I also had to look up).

The CWHL regular season is over and you can now buy tickets to the Clarkson Cup! The standings as they are currently: 1. Montreal Stars, 2. Boston Blades, 3. Calgary Inferno, and 4. Toronto Furies.

There’s been a little campaign going that I saw floating around the internet recently that uses the hashtag #womeninthenhl to support women’s hockey. Now, in theory I get it and a lot of what I saw connected to it was more along the lines of imagining a women’s hockey league a la the WNBA, but I want to just get something off my chest: women’s sports is not about playing with the boys. I feel like frequently it’s seen that women like Noora Raty or Shannon Szabados are pushing to be special by playing in men’s professional leagues, when in fact it’s simply that they’re athletes. They’re athletes and they want to be allowed to compete at the highest level they’re capable of. 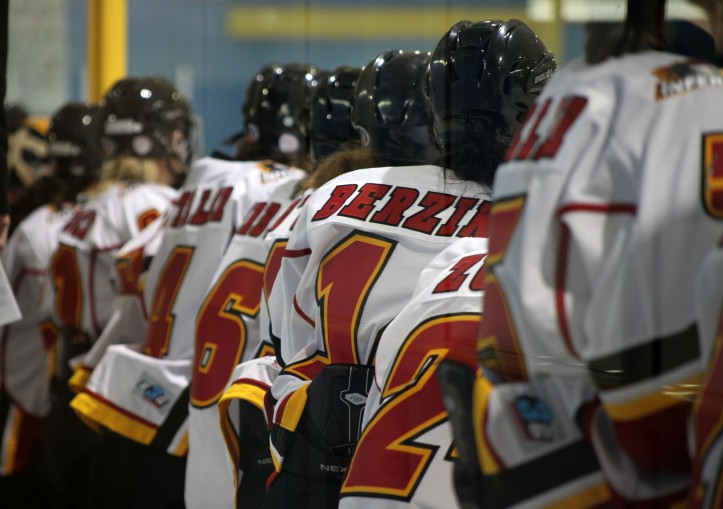 By the way, this is the Inferno’s first trip to the Clarkson Cup so that’s pretty awesome.

That, for the record, is my stance on women in the NHL. I’d love for there to be a fully functional, paying, respected women’s league. I’d also love for anyone who is capable of competing at the highest level to do so. The gender division of sports creates a lot of tricky issues just on the surface level (not to mention the difficulties of transgendered athletes) and if we can move past that petty distinction towards a divide based on skill and ability, that would be amazing. But first we have to support women’s sports in general. We have to give them a voice and a space to do what they do best: play.

Other Odds and Ends:

Injury reports that say "day to day". …aren't we all?